This article just sums up everything I feel about the welfare of teachers in Singapore.

I mean I have nothing against this teacher, he obviously has gone way above his call of duty in service to his students.

But if this is the benchmark of how MOE gives out awards, then apparently you really need to bleed out to be considered an excellent educator. And I hope with all my soul this this Straits Times reporter Matthias Chew, featured the article because of the double nuance of the win.

MOE time to HEAR YE!!!!!! (Then again, they were the ones whom came up with the criterion of the win)

BUT! honestly who can give you more veracious feedback than someone who has left the service (by choice, without much animosity)  and migrated overseas!

Here’s the article, tell me what you THINK! Don’t just read and be passive! 😛

Mr Allan Yeong mingling with his present and former students at the event yesterday. He is one of this year’s three winners of the biennial Caring Teacher Awards. — ST PHOTO: TED CHEN 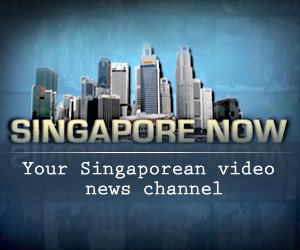 When Northland Secondary School teacher Allan Yeong was told that his cancer-stricken wife was dying, it was days before he was to accompany the school’s Boys’ Brigade pipe band to Jakarta for a regional competition.

The 52-year-old wanted out, but his wife insisted that he go. ‘She said it was not on, and that I had to go because I couldn’t let the children down. It was their dream to take part in the competition,’ he told The Straits Times on Tuesday.

On the day of the competition, he received a call informing him that his wife was about to die. He rushed back to Singapore that afternoon, just in time to see her before she fell into a coma. She died that day, in June 2007.

‘I was called a tyrant in Secondary 2, and parents kept their children away from me. But Mr Yeong saw the good in me and made me pipe major. It allowed me to channel my passion for good.’

For his dedication to his students, Mr Yeong was one of this year’s three winners of the Caring Teacher Awards. He was seen holding back his tears as he dedicated the award to his wife at the award ceremony on Tuesday at the Nanyang Technological University Alumni Club.